The Australian dollar has been very bullish over the last couple of weeks. Yes, we have had a couple of pullbacks but every time the seller show up, the buyers come in to overwhelm. We have recently made a higher high, which of course is a very bullish sign. As the lows continue to go higher as well, there is no reason to think that the trend is anything but going higher. That said, we are bottoming from an extreme low in what had been a major downtrend.

I believe that there is a significant amount of support between the 0.7050 level and the 0.70 level. After all, this 50 pips range had been massive resistance recently, and breaking out on Thursday the way we did shows that we certainly got rid of the lot of selling pressure. Pulling back on Friday makes quite a bit of sense, because quite frankly people are looking at going into the weekend and they don’t want to carry a lot of risk.

To the upside, we also have the 200-day EMA which causes a certain amount of trouble as well, but quite frankly this looks like a bottoming pattern that has just kicked off. All we need is some type of good news or sign that the Federal Reserve is willing to keep cutting rates and this pair is going to shoot through the roof. It’s not until we break down below the 0.70 level that I would be concerned about the potential uptrend. At this point, when the Australian dollar pulls back I believe it is offering value. To the upside, it’s very likely that we go looking towards the 0.72 level which was significant resistance in the scene of a break down several months ago. It is very likely that the Australian dollar has put in its low for this trend at the 0.6850 handle. 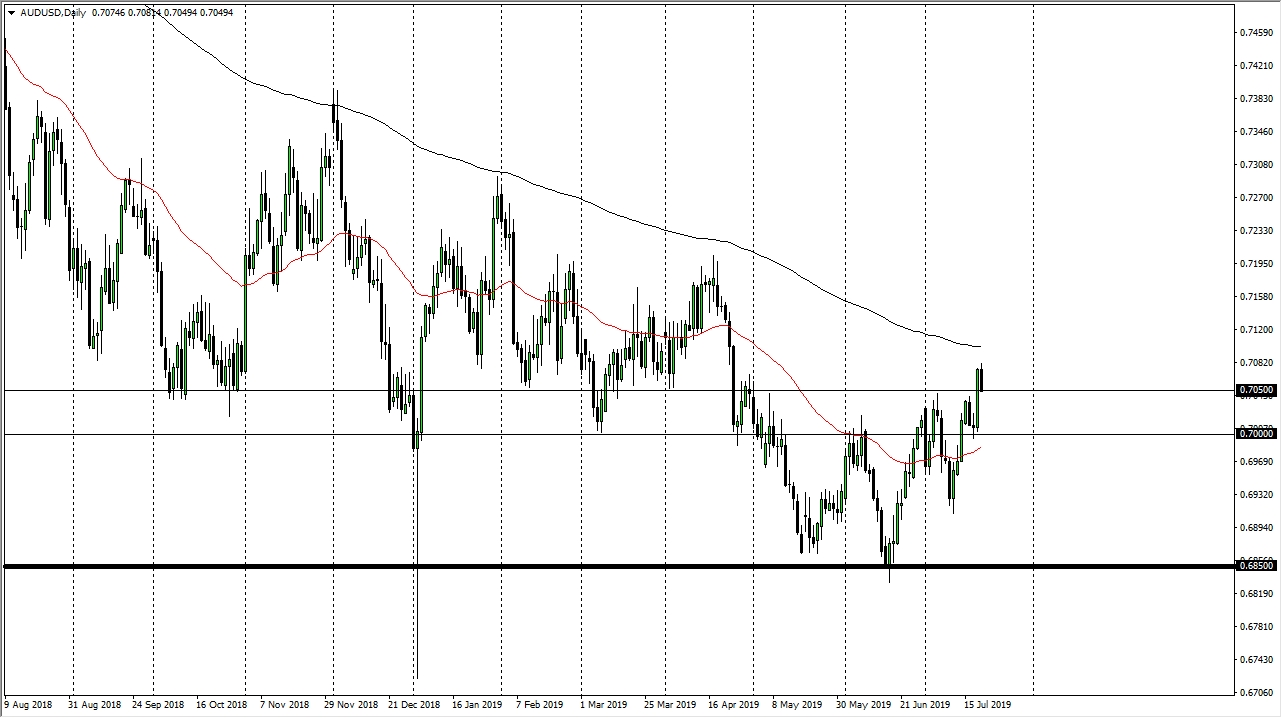