A French-U.S. clash over digital taxation overshadowed the start of a Group of Seven finance chiefs meeting as France refused to flinch on its plan to impose levies that will hit American tech giants.

Just hours before an encounter with U.S. Treasury Secretary Steven Mnuchin at the G-7 near Paris, French Finance Minister Bruno Le Maire pledged to forge ahead with a three per cent levy on digital revenues of large companies. France hopes its drive will pressure the U.S. to be more constructive in talks on creating a similar tax globally on profits.

“What I will try to explain to Mnuchin is that it is the U.S. interest to put in place such a taxation for the new economic model, based on data,” Le Maire said on French radio France Inter.

Le Maire’s defiance is likely to meet with a chilly response from U.S. President Donald Trump’s administration. According to a report on Wednesday in Spanish newspaper El Mundo, the U.S. State Department has sent letters to embassies in several countries, including Spain, ordering them to alert governments that retaliation will follow if they go down the same path as France. 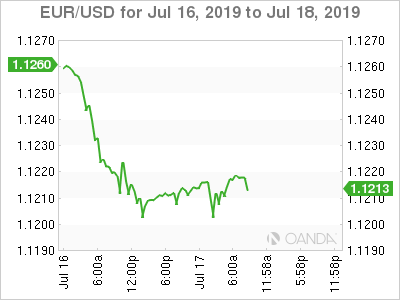 U.S. Trade Representative Robert Lighthizer already reacted last week to the French parliament’s approval of the tax by launching a probe to determine whether the measure is “discriminatory or unreasonable and burdens or restricts United States commerce.” The U.S. could ultimately impose retaliatory tariffs or other trade limits, or even use provisions in the tax code to punish French citizens and companies.

The G-7 meeting at the Chateau of Chantilly, north of the French capital, will be a suitable venue to reach agreement on the matter, Le Maire said.

“The best and wisest decision would be to find an international solution,” he said. “The G-7 is the right moment to decide on that international tax scheme.”

Le Maire claims he has a good working relationship with Mnuchin that will help achieve that.

“We have been working very well together,” he told a conference in Paris on Tuesday. “I am sure we will continue to do so. I want to thank Steven for his commitment and his ability to work towards compromises,” Le Maire said in Paris Tuesday.