Correction is completed, the pair GBP/USD is still likely to continue growing. Estimated pivot point is at a level of 1.2380.
Main scenario: Long positions will be relevant from corrections above the level of 1.2380 with a target of 1.2781 – 1.2975.
Alternative scenario: Breakout and consolidation below the level of 1.2380 will allow the pair to continue declining to the levels of 1.2300 – 1.2200.
Analysis: Supposedly, a descending correction of senior level in the form of the second wave (2) finished developing on the D1 time frame in the form of a zigzag. Presumably a descending impulse has finished as wave C of (2) on the H4 timeframe. Apparently, on the hourly timeframe, the fifth wave of junior level has finished v of C of (2), and there starts developing wave (3), with the first counter-trend wave (i) of i of 1 of (3) forming inside. If the presumption is correct, the pair will continue to rise to the levels of 1.2781 – 1.2975. The level 1.2380 is critical in this scenario. 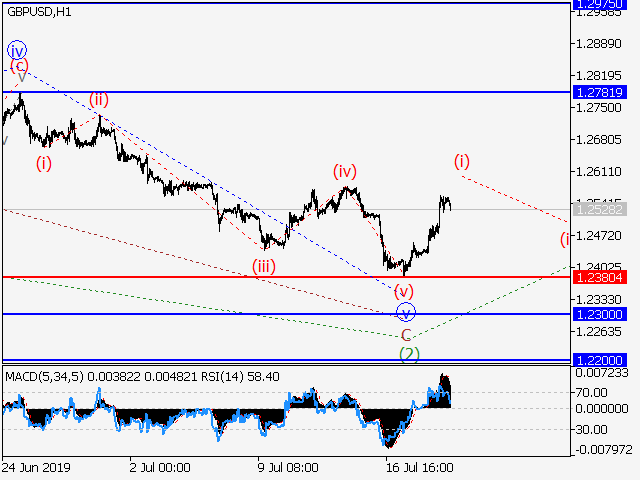 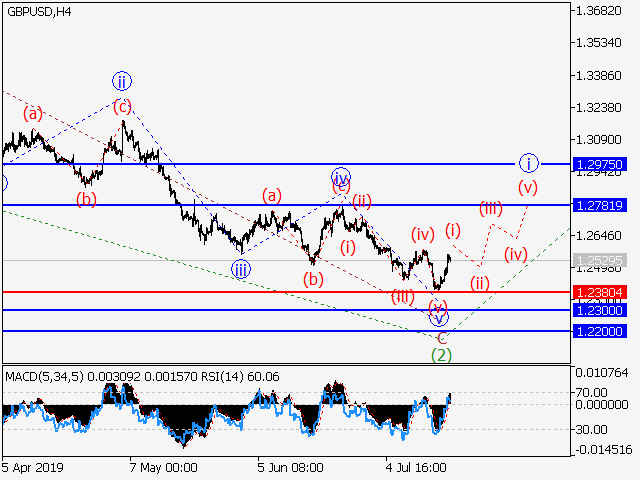 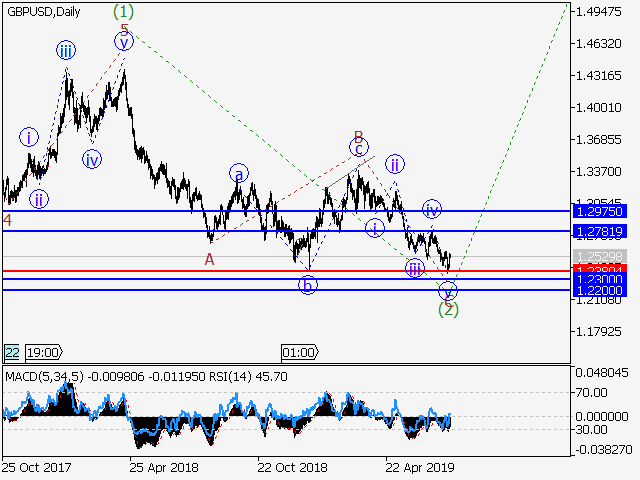