Cannabis stocks finished Friday with gains almost across the board. The biggest players in the sector–including Tilray (NASDAQ:TLRY), Canopy Growth (NYSE:CGC), (TSX:WEED) and Aphria (NYSE:APHA), (TSX:APHA)–showed increases from roughly 1.5 to just over 8.5%. 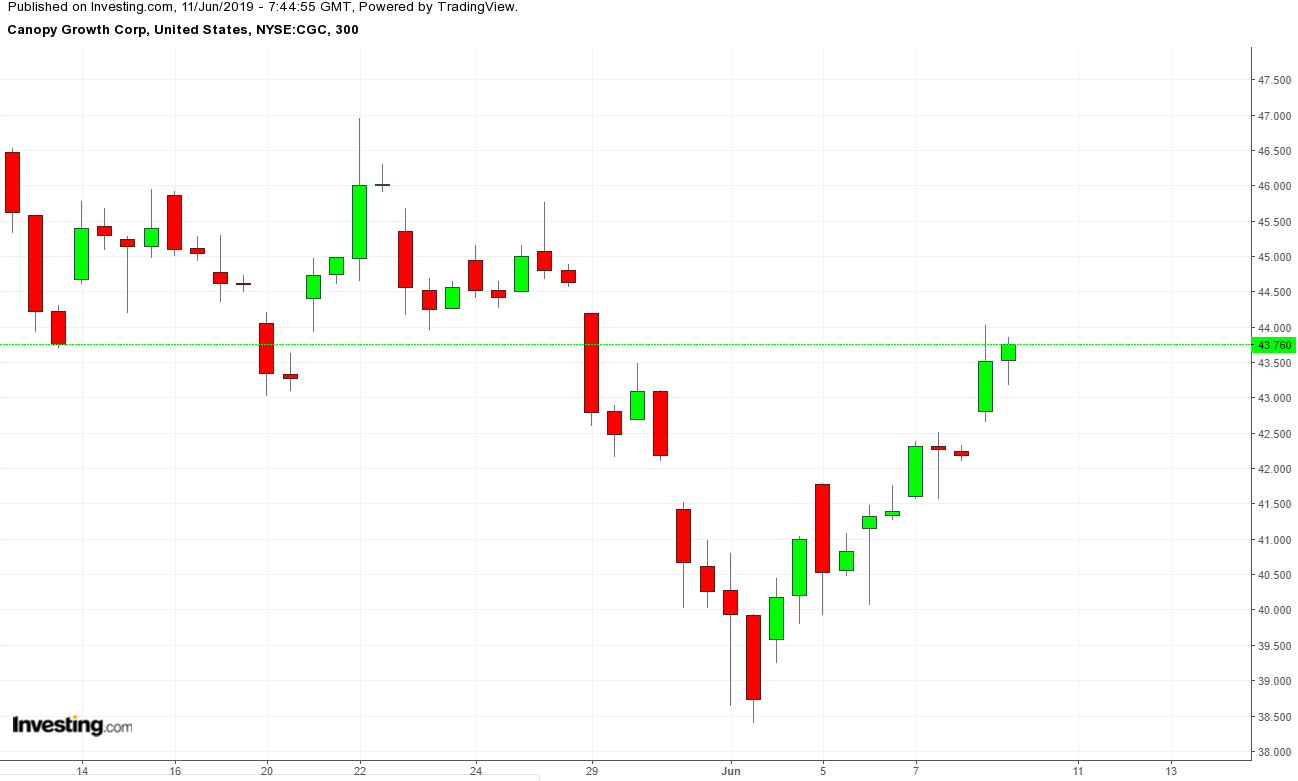 That was in sharp contrast to the previous week’s close, when the very same stocks registered drops that ranged from 2.8 to almost 5%.

These swings can largely be attributed to a single fundamental driver–headlines that affected the sector. Two weeks ago, markets reacted negatively to the U.S. Food and Drug Administration (FDA) hearings on May 31, which focused on the use of CBD oil and whether to permit it in other products, such as drinks, food and wellness supplements. CBD is the non-psychoactive cannabinoid derived from marijuana and hemp that is reputedly beneficial for its medicinal properties.

Although the hearings were widely anticipated and viewed in theory as a major step toward legalization of cannabis and its derivatives in the United States on the Federal level, the exercise highlighted the intricate path and accompanying hurdles that still exist. When details of the situation were brought into focus by the testimony, the issue seemed complicated and markets reacted accordingly.

Investors cannot help but be frustrated by the slow pace of any cannabis sector progress in the U.S., not to mention somewhat discouraged. It sometimes feels that for every step forward–such as the passage last December of the U.S. Farm Bill that legalized hemp–circumstances then follow that seem to move everything two steps back: although hemp and hemp derivatives were legalized, adding hemp CBD to other products is still restricted in the U.S. CBD oil remains regulated by the FDA there whereas Canada will permit it beginning this coming October.

This past week, however, markets put all that behind them, and cannabis sector investors appeared to have turned their attention to other, more positive factors. Last week’s uptick in pot shares was triggered by a combination of factors: strong economic indicators on both sides of the border and positive regulatory news.

In Canada, strong jobs and export data buoyed sentiment, while in the U.S., weaker than expected employment data raised the odds of an interest rate cut that served to guide the markets generally. But in the U.S. there was one really positive piece of news specific to the cannabis sector.

A U.S. House of Representatives committee studying a proposed banking bill issued a report last Wednesday to send the bill directly to a vote. The proposed legislation would protect banks that service companies in the cannabis sector from being penalized by federal regulators. Although no date for a vote is scheduled, the move is being considered as a positive sign by stakeholders in the sector who are looking to gain a greater foothold in the U.S.

So what will affect cannabis stocks in the coming weeks? Will it be positive or negative?

One event investors should keep a keen eye on is Canopy Growth’s fourth quarter earnings and fiscal year-end reports, to be released after the close on Thursday, June 20. Since this Ontario-based company is the biggest cannabis company in the world, with large strategic partnerships across the globe in sectors set to be disrupted by cannabis-infused products, it has the capacity to set the tone for the entire sector.

Expectations are for Canopy to post a loss of $0.17 per share USD (CAD$0.23), on favorable revenue of $71.88 million USD (CAD$95.28M). The release won’t necessarily affect Canopy shares, but it could ripple across the sector in a follow-the-leader effect.