Market indices fell in this eventful week, with small caps falling the most, and the S&P 500 falling the least. The week started off with oil surging the most since 2016, after a weekend bombing of a major Saudi oil complex. The Fed lowered its rate by .25% on Wednesday, as expected, but was divided on future rate hikes. Stocks fell on Friday after Chinese officials unexpectedly canceled a visit to farms in Montana and Nebraska as deputy trade negotiators wrapped up two days of negotiations in Washington.

“Oil futures headed for their sharpest daily rise in years on Monday after a weekend drone attack on major crude facilities in Saudi Arabia threatened to create a supply crunch that was roiling global crude markets. West Texas Intermediate crude for October delivery was up 11.6%, or $6..38, at $61.23 a barrel. A gain of that magnitude, if prices hold, would represent the largest daily gain for the most-active contract since Feb. 12, 2016, according to FactSet data.

Price spikes in crude come after a Saturday attack on Saudi Arabia’s Abqaiq plant and its Khurais oil field, which has thrown offline an estimated 5.7 million barrels of the kingdom’s crude oil production a day, equivalent to more than 5% of the world’s daily supply. The Wall Street Journal, citing Saudi officials, have said 1/3rd of the output would be restored on Monday, but a return to full production may take weeks, experts have said.” (MarketWatch)

The USD rose vs. most major currencies but rose vs. the Loonie and the yen.

“The US central bank has cut interest rates for only the second time since 2008, amid concerns about slowing global growth and trade wars. As expected the Federal Reserve lowered the target range for its key interest rate by 0.25 basis points to between 1.75% and 2%. The bank said the cut is aimed at shoring up the US economy, amid “uncertainties” about future growth. Mr Powell said policymakers decided on a second cut after global growth slowed and trade tensions worsened over the summer.

But officials were divided about the decision and over the need for future rises. Seven members of the Federal Reserve Open Markets Committee, which sets the rates, voted in favour of Wednesday’s cut, including Mr Powell. Two members wanted to hold the rate steady, while one wanted to cut further.” (BBC)

“The central bank now expects GDP to grow at a 2.2% pace for 2019, versus the 2.1% forecast in June. The unemployment rate is expected to rise to 3.7% this year, slightly above the 3.6% projection in June. The GDP outlook for 2020 stayed unchanged at 2%. The Fed still expects the headline inflation to grow at 1.5% this year, while its expectations for core inflation, which excludes volatile food and energy prices, stayed at 1.8%.” (CNBC)

The revised Q2 GDP figure will be released, in addition to several Consumer-related reports.

Next Week’s US Economic Reports:

“Saudi Arabia sought to calm markets on Tuesday after an attack on its oil facilities, with sources in the kingdom saying output was recovering much more quickly than initially forecast and could be fully back in two or three weeks. The attack knocked out half of Saudi Arabia’s oil production, or 5% of global output, sending prices soaring when trading resumed on Monday. So the new prediction of a quick return to normal output sent prices down sharply on Tuesday. (REUTERS)

Market News: WTI Crude Up For The Week, Indices Slid 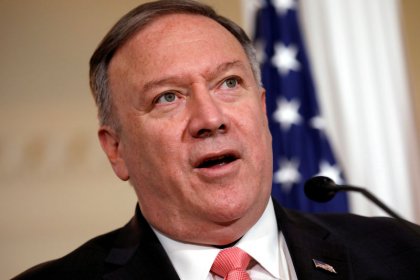 Safe-Haven Gold: Time To Take Profit Or Add To Your Portfolio?
By Haris Anwar/Investing.com – Sep 20, 2019

Even After FedEx Shares Plunge 45%, There’s Still No Bottom In Sight
By Haris Anwar/Investing.com – Sep 19, 2019