Near the end of April we flagged that NZD/CAD could be on the verge of a major breakdown. Recent price action remains constructive of that view.

Unsurprisingly, commodity currencies have felt the heat throughout the trade war. However, other factors have been at play to weigh on AUD, CAD and NZD with varying degrees such as global growth concerns, weak domestic data and, therefore, expectations for central bank easing. However, once again recent developments have seen the pecking order change among the three, where CAD is now the strongest of the three and NZD is the weakest. 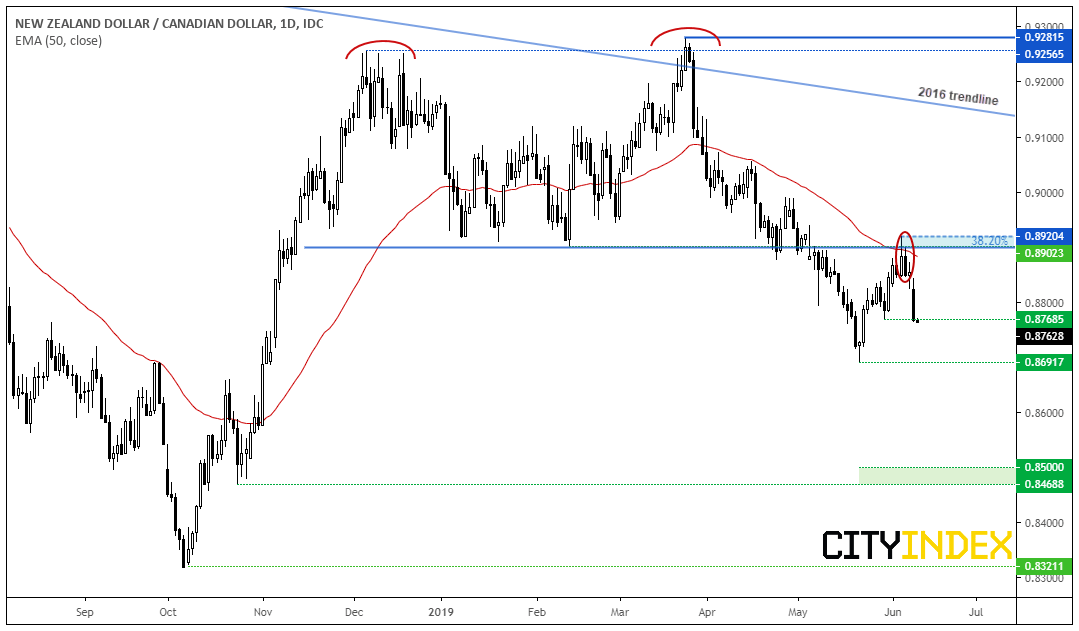 Following its failed upside break of the 2016 trendline, momentum has remained predominantly bearish and its breakdown has confirmed a multi-month double top pattern. If successful, the pattern projects an approximate target around 0.8500.

NZD/CAD Could Be Gearing Up For 300-Pip Slide