EUR/USD Loses the 1.1250 Handle
The EURUSD currency pair broke below the 1.1250 level of support to which it held on to earlier. This sent the currency pair to a weekly low. Further downside momentum could push the common currency to test the previous lows of 1.1188. We expect the sideways range to continue in the short term. 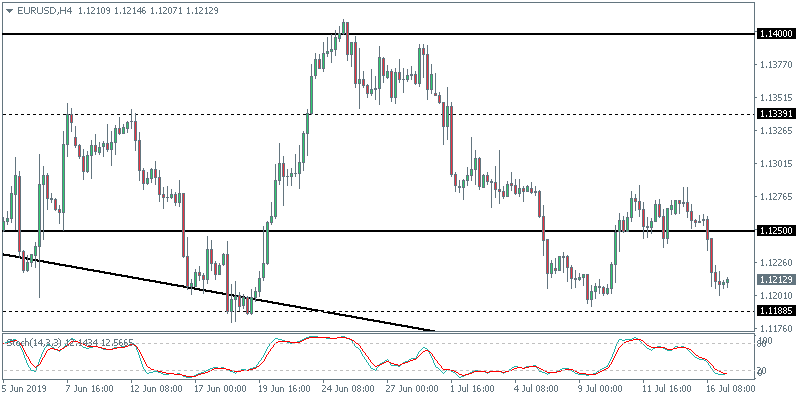 Oil Prices Ease Further on Iran Nuclear Deal Talks
Crude oil prices extended declines further for a second consecutive day. WTI Crude oil fell over 3% on Tuesday. The declines came after Washington said that it was in talks with Tehran over the nuclear deal from which the US had pulled out earlier. This had led to escalating tensions between the US and Iran.

Crude Oil at Support
The declines in crude oil came as price stalled close to the resistance area of 60.64. This led to prices falling to the lower support area of 57.50 as a result. However, price action is likely to remain caught within the range established. A breakout below 57.50 could trigger further declines lower. The next main target will be the 50 handle which marks a psychological level of support. 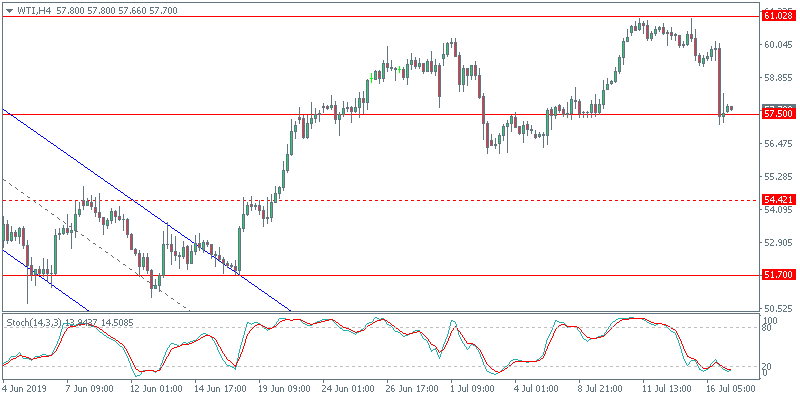 UK Average Earnings Rise Higher than Expected
The monthly jobs report from the UK saw the average hourly earnings rising more than expected. Earnings index rose 3.4%, beating estimates of a 3.1% increase. Data for the previous release was revised higher to show a 3.2% increase in the three months to the year basis. The UK’s unemployment rate held steady at 3.8%. Sterling was however unmoved as concerns of a no-deal Brexit overshadowed the economic data.

GBP/USD at Fresh Two-Year Lows
The currency pair slipped to a fresh two-year low as it tested 1.2395 briefly. Price action remains weak especially after breaking past the previously established lows. In the short term, we could expect to see a modest rebound to 1.2450 level. This could act as resistance which will keep the downside bias intact. 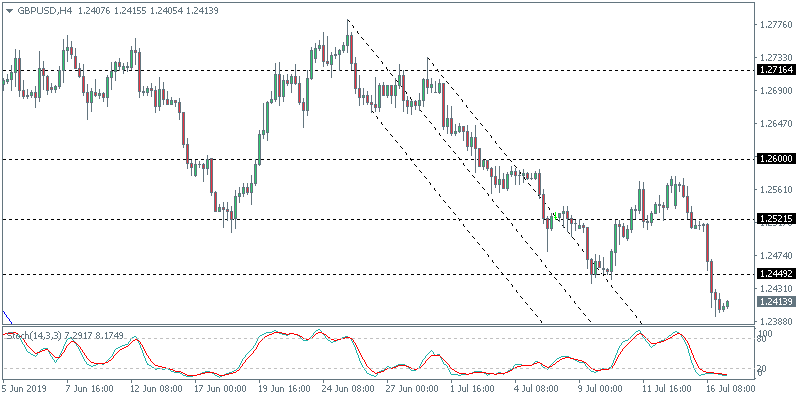