USD/CHF is still likely to grow. Estimated pivot point is at the level of 0.9691.
Main scenario: “long positions” are relevant from corrections above the level of 0.9691 with the target in 1.0099 – 1.0229.
Alternative scenario: breakout and consolidation below the level of 0.9691 will allow the pair to decrease to the level of 0.9556.
Analysis: within the daily timeframe, it is assumed that the development of the third wave of the senior level (3) continues, the first wave in the form of a wedge 1 of (3) is formed within. On the 4 – hour timeframe, the development of a downward correction in the form of wave 2 of (3) has completed. Within the H1 timeframe, apparently, the formation of the third wave 3 of (3) begins, in which the first wave of the junior level (i) of i of 3 is formed and the development of local correction as the wave (ii) of i is nearing completion. If the assumption is correct, after its completion, the pair will continue to grow to 1.0099 – 1.0229. The critical level for this scenario is 0.9691, in case of breakout of which the pair will continue to decline within the wave 2 of (3). 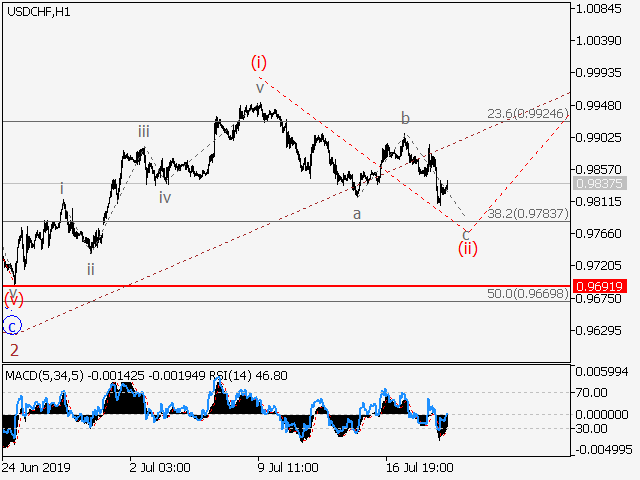 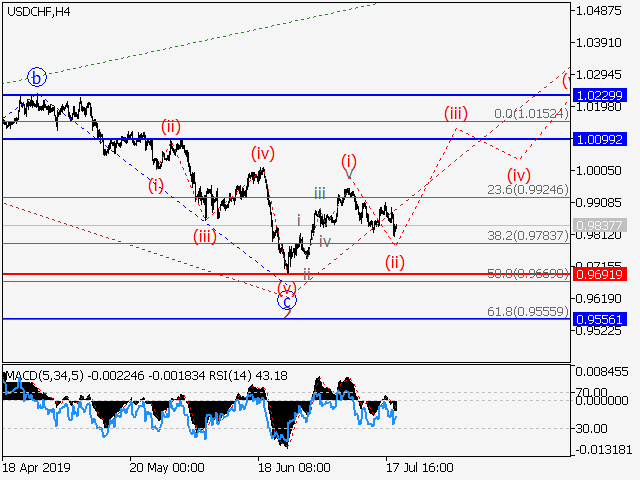 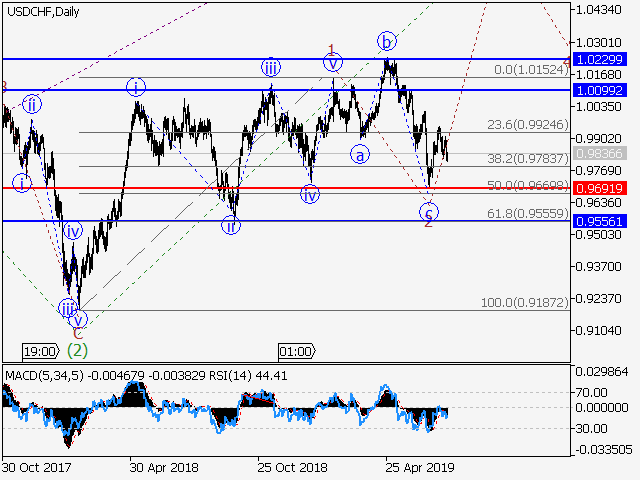