USD/JPY pair is still likely to grow. Estimated pivot point is at a level of 106.75.
Main scenario: long positions will be relevant above the level of 106.75 with a target of 110.73 – 112.38.
Alternative scenario: breakout and consolidation below the level of 106.75 will allow the pair to continue declining to the levels of 106.00 – 105.00.
Analysis: Supposedly, the wave of senior level (C) of B continues developing on the D1 time frame, with the wave 3 of (C) forming inside. On the H4 timeframe, presumably the descending correction ii of 3 is completed in the form of a zigzag, with the wave (c) of ii formed inside as an impulse. Apparently, the third wave iii of 3 started developing on the H1 time frame, with the first wave of junior level (i) of iii formed and the correction (ii) of iii finishing inside. If the presumption is correct, the pair will continue to rise to the levels of 110.73 – 112.38. The level of 106.75 is critical in this scenario. 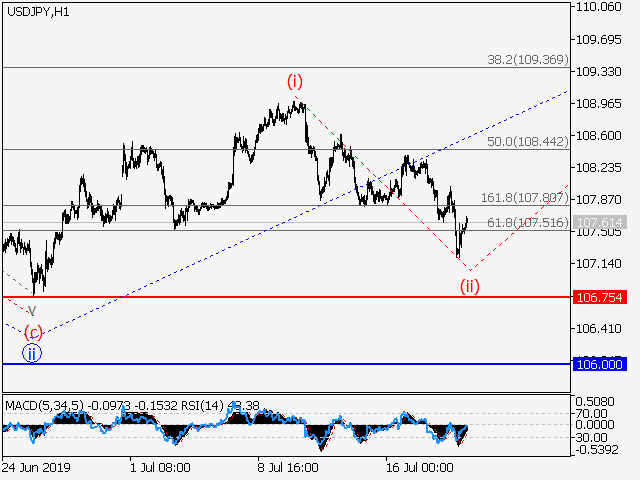 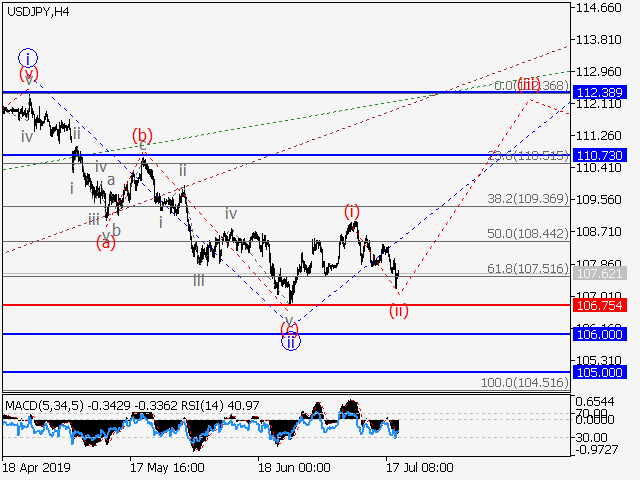 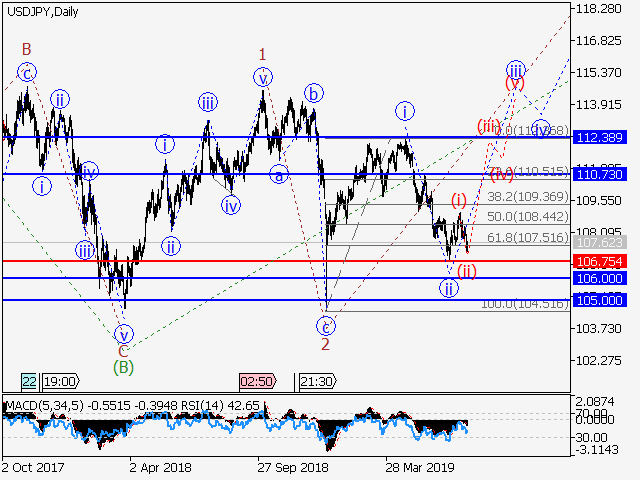