Two things I have been predicting for years that most people just can’t get have just started to happen.

You know when a person keeps going into cardiac arrest or flatlining, the doctors keep shocking them with the defibrillator until they finally give up and pronounce the patient dead?

I say the economy was finally pronounced “dead” on Monday when stocks crashed 3,000 points, the highest ever, after the greatest injection by the Fed ever – trillions of dollars since Thursday, with a peak on Sunday night.

1) The markets finally realized that you can’t stop a crisis by printing every more money, as it’s just “denial” and “something for nothing,”

This is all happening now. Everyone told me it couldn’t happen – central banks and governments wouldn’t let it.

The market is making its first attempt to find at least a short-term bottom. I don’t think we are there yet, but we may get a decent bounce first to allow the risk-averse to get out.

The S&P 500 has just tested the critical bottom trendline through the lows since the 2009 bottom. 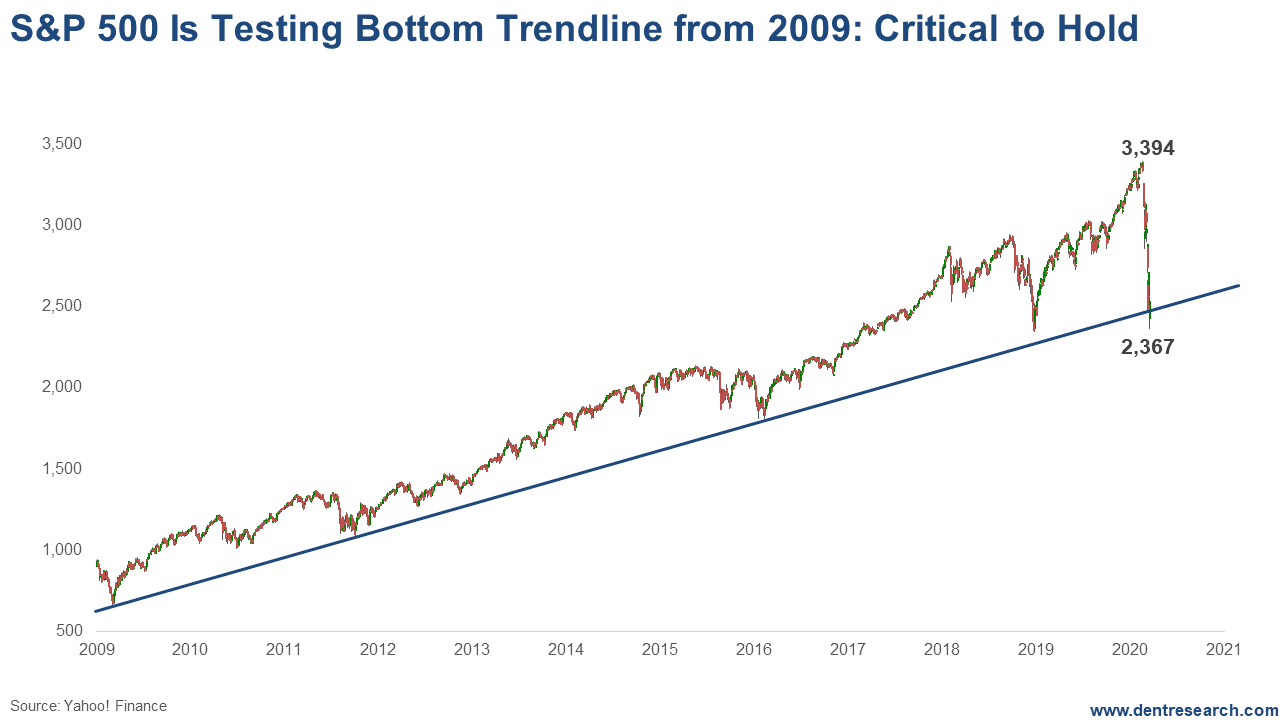 The market keeps crashing to slightly lower lows since it started falling apart last week and hit its greatest one-day crash just over 3,000 points on Monday. Despite pledging $3 trillion to $5 trillion in repo funding and $700 billion in QE bond-buying, the markets fell more than 3,000 points on Monday. It keeps breaking just below intraday, then bouncing and closing above it.

Stocks are limit down overnight and will likely retest Tuesday’s lows or go a bit lower today. Then it must rally and close back near this line near 2,500 or it is likely to fail further.

Where is the next support? I showed on Monday the 2-year megaphone pattern in the Nasdaq that projected down to 5,500 just ahead, or down 44% from the top. This is the same pattern on the S&P 500 and it projects a fall to around 2,080 or around 39%. 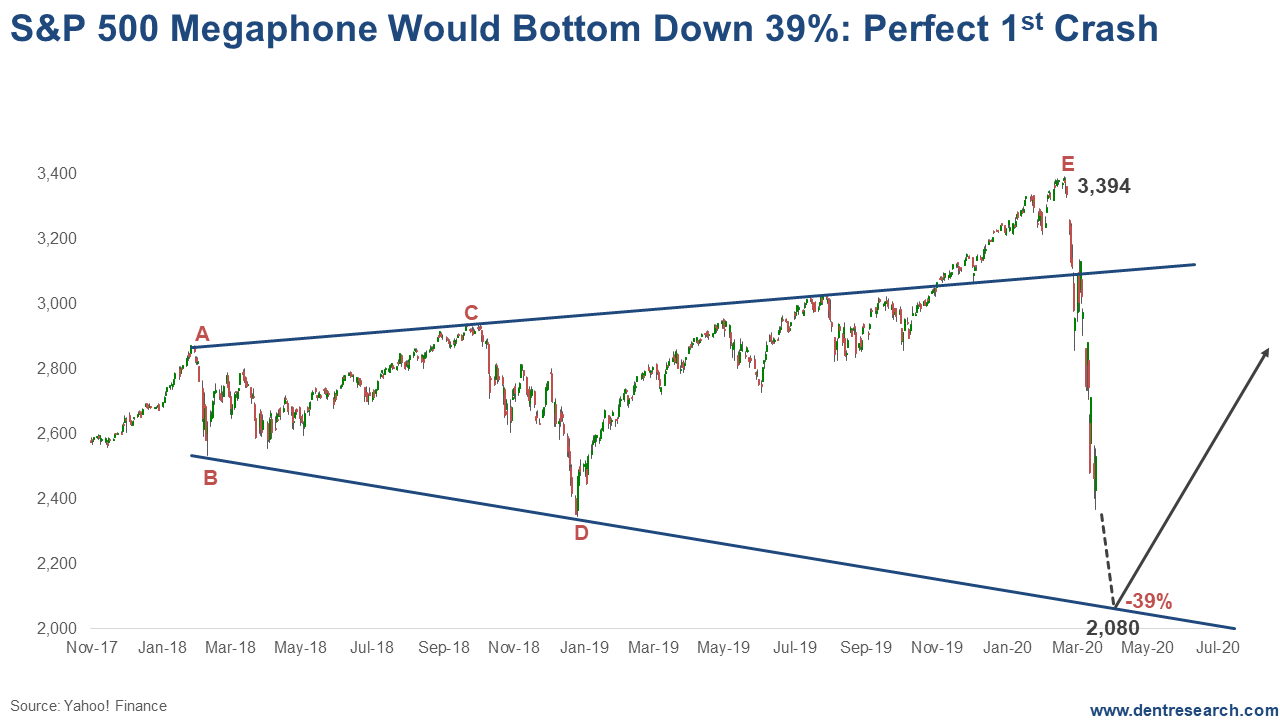 That one more crash would bring a fifth wave down that would look more completed and hit more credible targets for a sustainable low and a rebound that is likely to retrace 50% to 62% of the crash into the summer, or possibly as late as the election. There’s a mountain of stimulus waiting for when the virus scare first recedes.

A short-term bounce that fails could get to near 2,690 on the S&P 500 and 7,900 on the Nasdaq. Selling into that would be recommended, especially for the more risk averse. Don’t try to get the very top here, as a reversal will likely be quick.

I will report more next week, but I am tracking the virus acceleration in critical places like Italy, Iran and Spain using S-Curve patterns to get a better idea of when this trend could start to slow and give some daylight for the markets. That could be as soon as the end of March to mid-April.