Microsoft’s earnings report led headlines on Tuesday, as an expectation beating calendar Q3 (the firm’s fiscal Q1) played off against weaker than anticipated guidance for the current quarter (its fiscal Q2). Highlights included the firm’s cloud-computing business Azure, which increased revenues by 48% year-over-year. In the current quarter, the release of the firm’s new generation of Xbox consoles will be crucial, and the company doubled-down on gaming last month with the announcement that it is acquiring ZeniMax Media — which owns game developer Bethesda — for $7.5bn.

In other headlines, chipmaker AMD finalised a previously-rumoured deal to acquire rival Xilinx for $35bn, following rival Nvidia’s $40bn move for Arm Holdings. The firm is funding the deal entirely with stock, taking advantage of a 100% plus run-up in its share price over the past 12 months. Xilinx stock popped 8.6% after the news, leading the S&P 500. 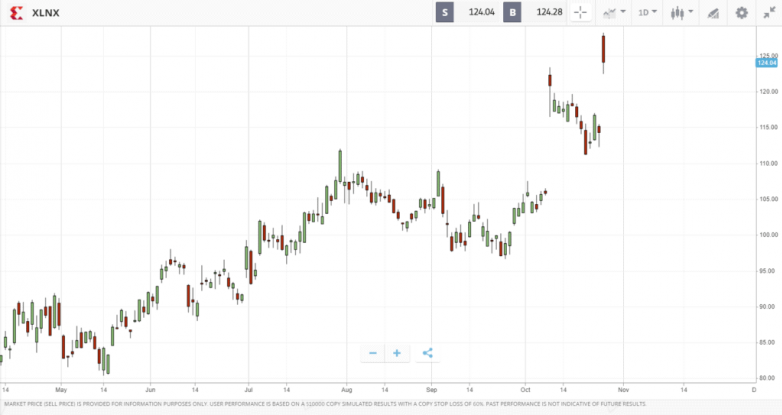 After Monday’s sell-off, two of the three major US stock indices continued to fall on Tuesday, with the Dow Jones Industrial Average down 0.8% and the S&P 500 off by 0.3%. The tech-heavy Nasdaq Composite jumped 0.6% helped higher by Xilinx, Amazon, Facebook and others. In the S&P 500, the industrial and financial sectors were the worst performers, with asset manager Franklin Templeton (listed as Franklin Resources) the biggest loser with a 13.6% loss. Franklin’s tumble followed its quarterly earnings report, in which it revealed net client redemptions as it works to integrate Legg Mason following the close of its mega-deal to acquire the firm.

In corporate news, luxury giant LVMH’s acquisition of US jeweler Tiffany appears to have life in it yet. The deal, which was reached just before the pandemic, has run into trouble with the potential for a courtroom fight looming. Per the FT, LVMH is in talks to renegotiate the terms of the deal with a revised price tag. Tiffany & Co stock jumped close to 5% after the news.

Both the FTSE 100 and FTSE 250 fell on Tuesday, closing out the day more than 1% lower. As in the S&P 500, an asset manager was the biggest loser in the FTSE 100, with M&G’s share price falling 7.5%. Fellow financial names Prudential and Legal & General Group were also among the five worst performers, with both ending the day 5% lower. At the top of the index was HSBC, which jumped 3.4% after delivering its quarterly earnings report. In the FTSE 250, Aston Martin Lagonda led the index, gaining 4.5%, as news broke that Mercedes-Benz has taken its stake in the company up to 20%. Property development firms faced a tough day, with Bellway down 6.3%, Redrow down 6% and Crest Nicholson 5.4% lower.

Payment giants: Rivals Visa and Mastercard both deliver their third-quarter earnings reports on Wednesday, with the latter marginally ahead in the share price stakes in 2020 so far. Both firms are dependent on payments volume, to which a recession poses a threat, and the companies’ results will provide a window into the health of consumer confidence and spending volumes. Currently, 26 out of 36 analysts rate Mastercard stock as a buy, while 27 out of 36 analysts rate Visa stock as a buy.

UPS: Delivery giant UPS has been a beneficiary of the Covid-19 pandemic, as online orders have surged and led to a huge volume of packages. Year-to-date, the firm’s share price is up by more than 45%, taking its market cap to $145bn. The company’s outlook for the holiday season will be key to watch when it delivers its Q3 earnings report today, including plans to handle the logistics of hiring tens of thousands of seasonal staff during the pandemic. Wall Street analyst expectations for the company’s Q3 earnings per share figure have improved over the past three months, from $1.41 to $1.90.

Boeing: Airline manufacturer Boeing has been under enormous pressure in 2020. The firm came into the year with a scandal on its hands following fatal accidents involving its 737 Max aircraft, which was then grounded worldwide. After that, the decimation of air travel demand due to the pandemic set the company back further. Boeing’s share is down 52% year-to-date as a result. Today the company delivers its latest quarterly earnings update, with the speed at which it is burning through cash and the state of its order book and production rates key points of focus.

CNBC reported on Tuesday that Takis Georgakopoulos, JPMorgan global head of wholesale payments had announced a ‘major tech firm’ would begin using JP Morgan’s technology to make wholesale global payments this week. JPM Coin is run on an in-house blockchain called Quorum, which is based on ethereum blockchain technology.

The bank reportedly sees blockchain technology as now commercially viable, and as such has created a 100-person-strong crypto business unit called Onyx to handle cryptoasset projects.

Christine Moy, blockchain lead at the asset manager later said on Twitter the firm was focusing its efforts on the wholesale payments business looking to remove inefficiencies that could save the banking industry hundreds of billions of dollars a year. All data, figures & charts are valid as of 28/10/2020. All trading carries risk. Only risk capital you can afford to lose