U.S. futures for the S&P 500, Dow Jones and NASDAQ all hit their daily down-limits on Wednesday, halting trade, after retreating from yesterday’s rallies on Wall Street. European shares opened lower and have continued to fall; major Asian indices all closed down.

Yields advanced after massive monetary and fiscal stimulus was announced by a variety of global governments and central banks including in the U.S., the UK, Spain and France, in an attempt to stabilize the economy as the worst public health crisis this century remains a risk.

After initially trading higher this morning, contracts on the S&P 500 fell again, in what seems to be yet another, daily, market seesaw on steroids. The pan-European STOXX 600 Index was down from the start. Energy and financials led all 19 industry sectors lower.

On Tuesday, the S&P 500 Index gained nearly 6% and the Dow Jones Industrial Average added 5.2% of value, just a day after the biggest selloff since 1987. The reversal was triggered by the Trump administration promising the U.S. was preparing to send checks to Americans, to undo some of the economic damage caused by the virus.

Treasury Secretary Steven Mnuchin warned that the pandemic could wreak havoc in the jobs market, leaving 20% of Americans unemployed, without government intervention. Technically, yesterday’s trading formed a bullish pennant. An upside breakout, which would include penetrating through the downtrend line, would boost demand, sending prices higher.

Yields jumped for a third day, partly because of yesterday’s risk-on sentiment, but also because of the unprecedented easing underway. 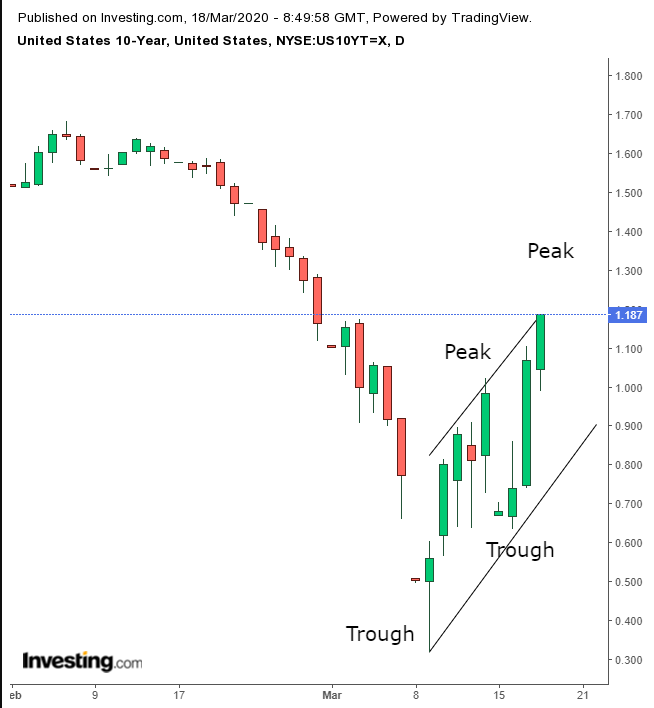 However, technically, yields, including for the benchmark U.S. 10-year Treasury note, established an uptrend.

The Dollar Index recovered from a decline, to rally for a second day, a sixth up-day out of seven. 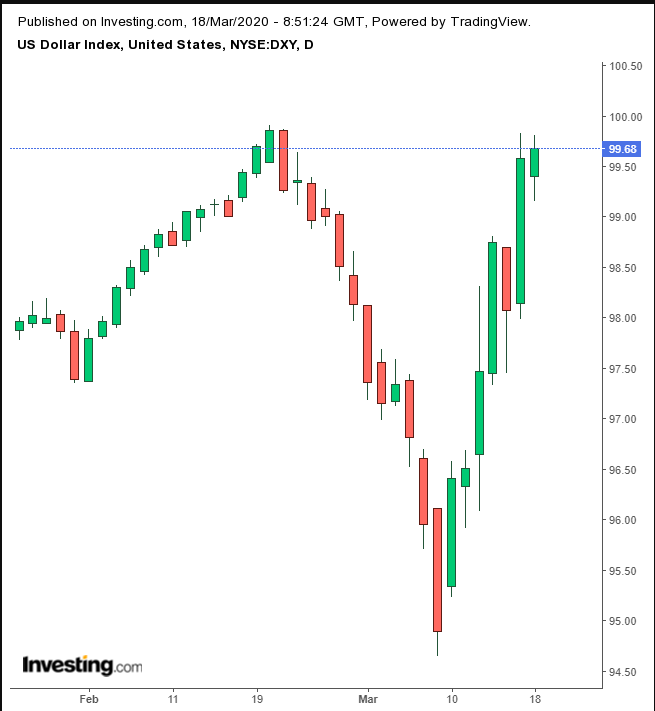 However, it’s struggling against the resistance of the Feb. 20 high.

Oil fell for the third day, as the Saudi Arabia versus Russia price war floods the market even as demand decreases. 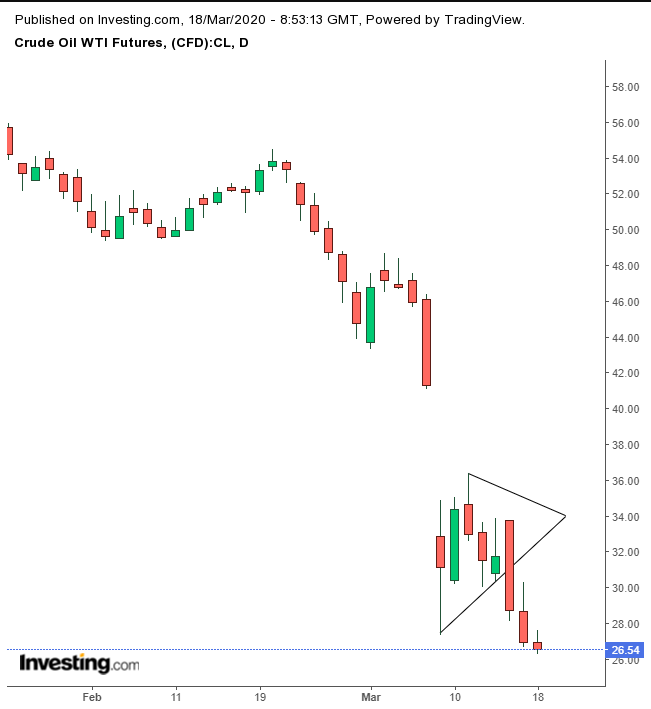 Technically, the price is struggling between a completed bearish pattern and the historic support of the February 2016 low.