Futures on the S&P 500, Dow and NASDAQ 100 ticked mildly higher and bucked a falling Asian trend this morning, against a backdrop of renewed U.S.-China tensions and protracted uncertainty over the Fed’s path to lower interest rates.

Europe’s STOXX 600 pared a lower open that threatened to end a three-day winning streak. At the open, a selloff in financials offset a tech rally. The banking sector dropped with Swedish banks after Svenska Handelsbanken (ST:SHBa) disappointed on earnings, and Swedbank (ST:SWEDa) cut shareholder pay-out policy. Technology stocks, conversely, led a charge higher on the back of ASML (AS:ASML)’s earnings beat.

In yesterday’s U.S. session, equities retreated from all-time highs as strong earnings beat from some key market players such as JPMorgan (NYSE:JPM), Morgan Stanley (NYSE:MS) and J&J (NYSE:JNJ) were overshadowed by comments, from President Donald Trump, that higher tariffs on China could be reimposed should the Asian country fail to substantially increase its purchases of U.S. farm goods. On its part, China added hard-liner Commerce Minister Zhong Shan to its negotiating team, sparking worries of new diplomatic tensions.

Renewed trade worries hit demand for oil also based on the consideration that OPEC producers recently synchronized their production cut decision to progress in trade talks between Trump and Chinese President Xi Jinping, as ongoing trade spat jitters had strengthened the outlook for a slowdown in global growth and fuel demand.

Tech companies’ growth is also particularly dependent on smooth trade relations, with the U.S.-China dispute seen, at a core level, as a struggle for global tech dominance. Industrials (+0.65%) outperformed. 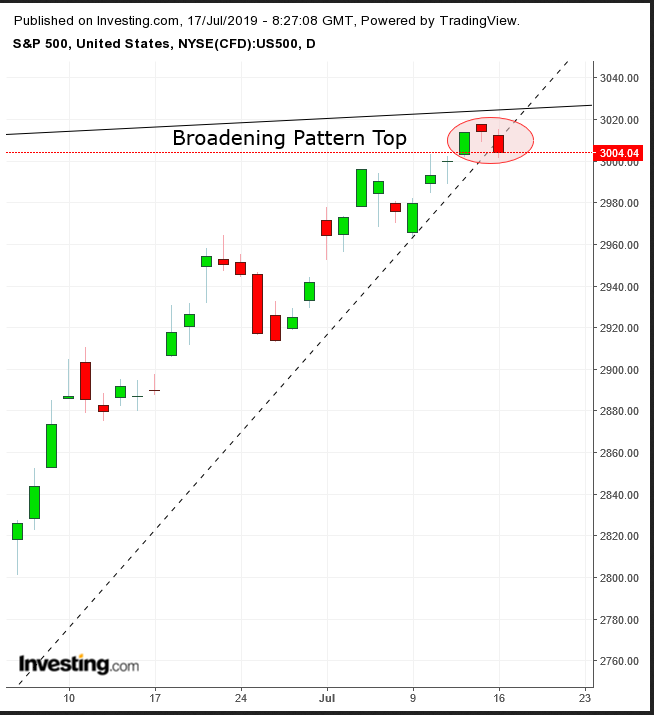 Technically, the SPX completed an evening star, at the very top of a broadening pattern since Jan. 2018, connecting the highs of January and September 2018, while connecting the lows of February and December 2018. A broadening pattern tends to develop at market tops, and the fact that this evening star–a three-session bearish pattern–develops right on the very top of a long-term bearish pattern is very telling. 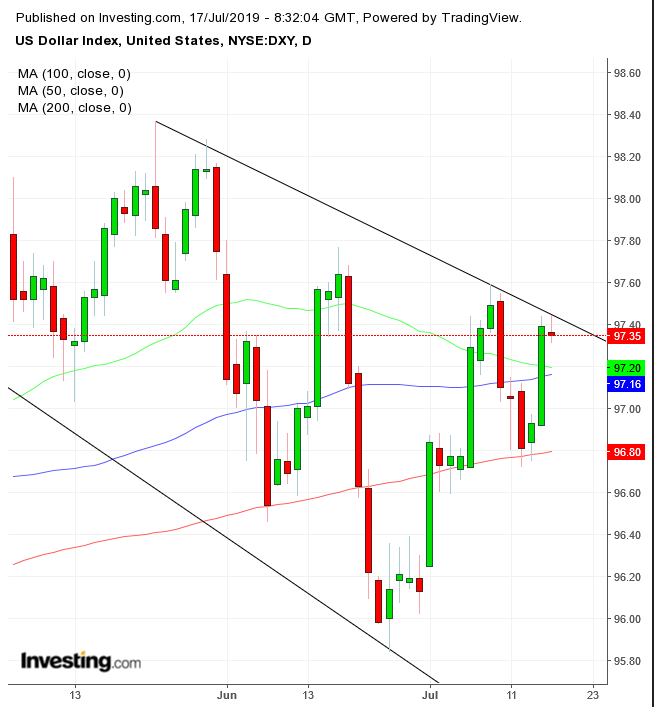 The dollar pared some gains after jumping on strong U.S. retail sales and housing data yesterday. Nevertheless, investors bets on rate cuts remain high as they’re pricing in a 100% probability of a 25 basis points cut and a 27% chance of a 50 basis points cut. However, some are resuming to question the Fed’s resolve on easing policy as positive economic data accumulates–from the recent job report beat to Friday’s inflation uptick to yesterday’s upbeat figures. Technically, the greenback met resistance of its falling channel top. 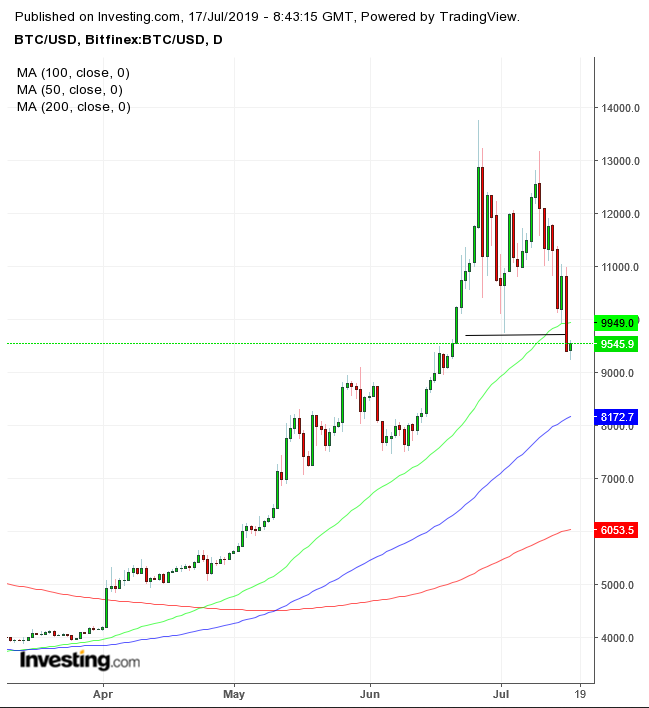 Bitcoin trimmed losses but remained below the $10,000 critical level, after Secretary of State Steven Mnuchin joined Trump and Fed Chairman Jerome Powell in warning against the dangers of the crypto market, labeling it a “national security issue.” Technically, the $10,000 psychological level breach is likely to attract more selling. At the same time, the price cut below the 50 DMA–which has been acting as its natural uptrend line since February–and, worst of all, it completed a double top. 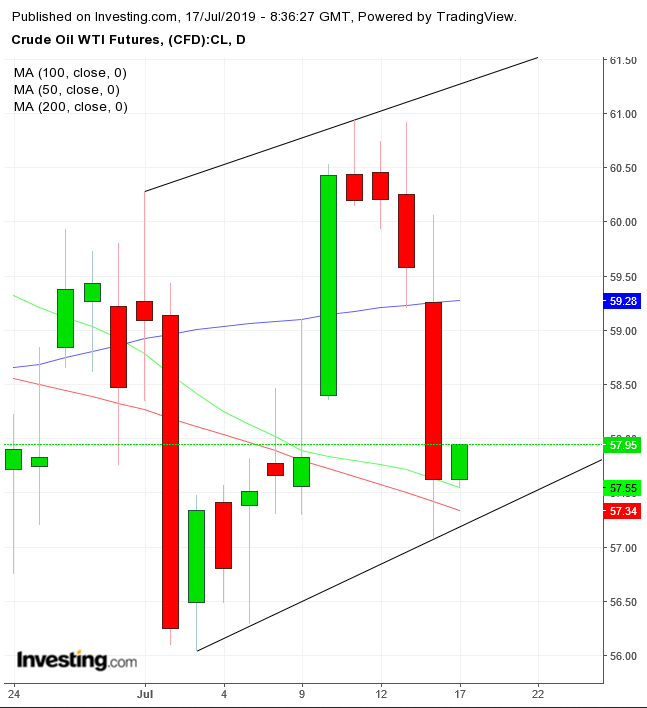 Crude oil extended gains after rebounding off the 200 DMA after inventories fell by 1.4 million barrels, nearly half of the expected 2.7 million barrels, according to API. The softer tone adopted by Secretary of State Mike Pompeo on Iran helped cool heightened tensions in the Gulf on Tuesday, prompting an earlier slide in WTI prices.